Señorio de Montanera, the leader in the production of pure-bred Iberico products with P.D.O. Dehesa de Extremadura, has taken another step towards excellence by improving the quality of their products and producing the best organic Iberico cured sausages. The recent launch of the Organic Acorn-fed Iberico “Lomo Doblado” (lard coated loin)completes its exclusive line of organic-certified cured sausages with 100% natural rearing and production process.

Committed to the local gastronomic heritage and following a lengthy R&D&I process, Señorio de Montanera managed to recover this gourmet product that had practically disappeared from the market. Now, the value of this culinary treasure is reinforced by organic production, which will surprise and conquer the most demanding palates. 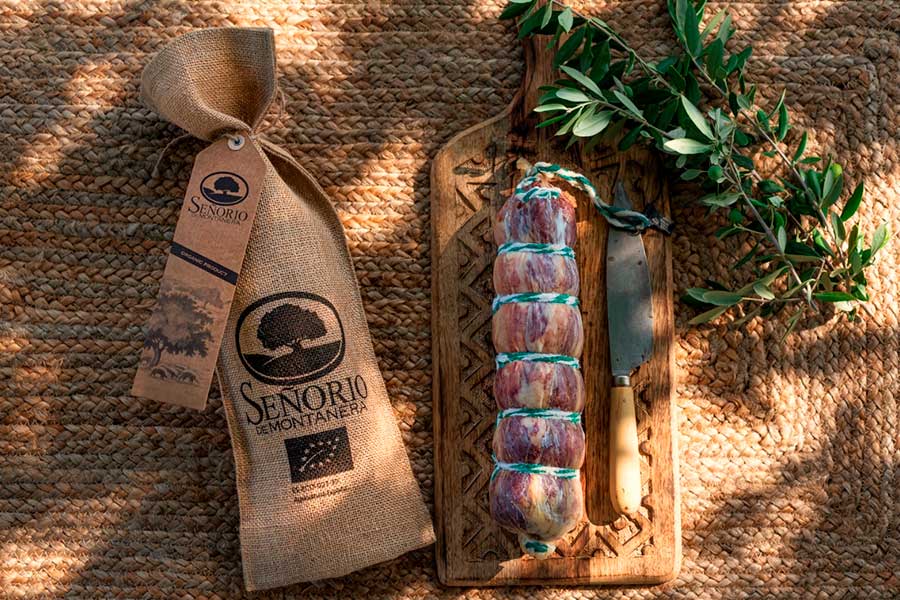 What are organic products?

The best Señorio de Montanera organic cured sausages come from organic farming and livestock, based on 100% natural resources that help preserve the environment.

Organic production implies sustainability across all resources and activities, as well as avoiding the use of chemicals in all processes. The organic Iberian pigs are raised free in the dehesa pastures that are certified as organic farms, in which no pesticides are used. Before the montanera period, when the 100% Iberian pig only eats acorns, it is fed exclusively with 100% natural organic feed. In addition, veterinary treatments are very strictly limited and controlled with a view to improving animal welfare.

Organic livestock farming promotes the conservation of the environment and natural surroundings based on the use of soil nutrients and the rational use of natural resources. Señorio de Montanera allocates more than 4 hectares of land per animal in its organic pastures, in order to limit livestock density and minimise the impact on the environment.

This natural rearing and processing of organic Iberian pork results in healthier natural foods, that are free from artificial additives and preservatives. All of them, duly labelled with the EU organic logo. 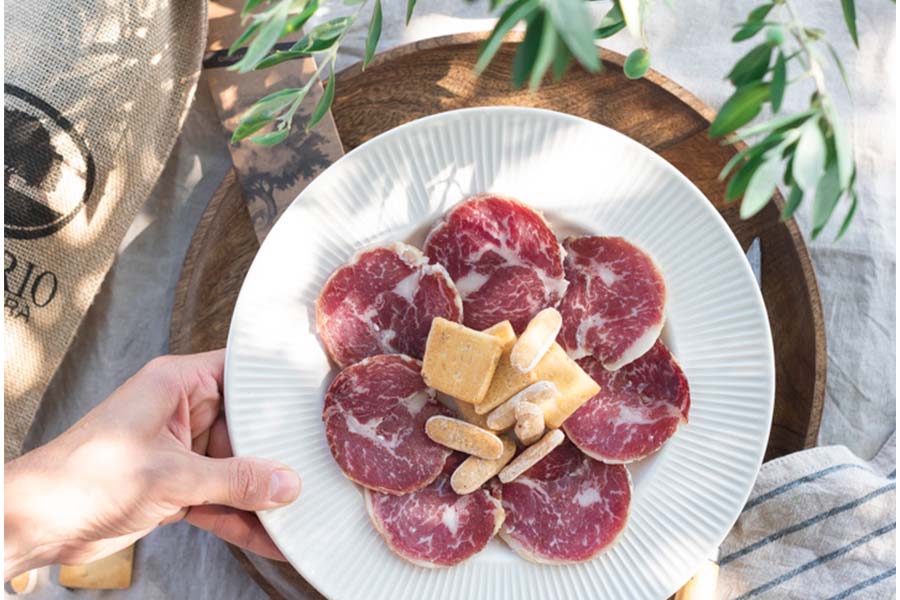 Organic acorn-fed Iberian products are made from 100% natural ingredients, which require much more exhaustive controls until they reach their optimum curing point. Their extraordinary quality and taste have earned them the Great Taste Awards, considered the “Oscars” of gastronomy worldwide, on multiple occasions.

Thanks to its strong R&D department, Señorio de Montanera has been a pioneer in the production of organic Iberico hams, that are duly certified with the European Union organic logo. It currently offers a wide range of organic acorn-fed cured sausages, carefully produced to delight the palates of those concerned with following a natural and healthy diet.

All these organic Iberian products have an organic product certification for zero GMO contamination. For this reason, the cured sausages are produced on a production line separated in time and space from other non-organic products, in order to ensure a 100% natural production process.

With the aim of maintaining quality and tradition from the raw material to the end product, our R&D department has carried out lengthy and exhaustive work to eliminate all allergens from our recipes (gluten and lactose free cured sausages) and all artificial components and additives. The result is a noble organic cured sausage, whose quality can be perceived in its pure Iberian flavour, that is characteristic of the most exquisite gourmet products and whose nuances evoke the purest pastures of Extremadura. 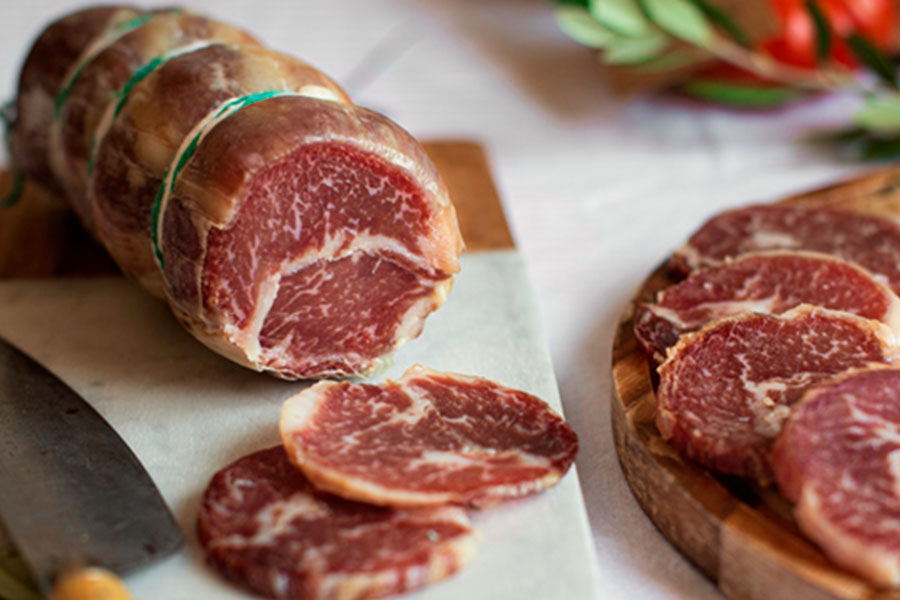 The Señorio de Montanera organic Lard Coated Loin (“Lomo Doblado”) is a unique product based on a traditional recipe from southern Extremadura. Made from organic acorn-fed 100% Iberico pork loin. This piece, trimmed of external fat, is marinated in organic salt and garlic. The next day, before encasing, it is coated with a thin layer of lard from acorn-fed Iberian pigs. For the encasing, the piece is folded in half, making both ends meet, which is where it gets its “doblado” name (folded). Once encased, it is tied with string, which plays an essential role in curing. The expert hands of a Master Chacinero monitor the condition of the pieces frequently and tighten the strings manually so that the meat sticks together.

It is thicker than other traditional Iberian pork loins and thus, the Lomo Doblado requires a long curing period of more than 6 months. The entire process takes place at a lower temperature than normal, in order to reach the perfect curing point without the need for preservatives or artificial additives.

The Señorio de Montanera organic lomo doblado has a flavour typical of the most exquisite gourmet products. It stands prominent for a juiciness difficult to describe, with a texture that melts upon contact with the palate, flooding the mouth with the purest flavours of the oak forest. Containing no paprika, its light seasoning accentuates its powerful acorn flavour similar to the aftertaste that the best Iberian acorn-fed ham leaves in the mouth.

The acorn-fed Iberico lomo doblado is an exclusive Señorio de Montanera delicacy. This is a product typical from the pig slaughters of Extremadura, the recipe having practically disappeared because parents had stopped teaching their children how to make it. It took artisanal know-how to recover and perfect this recipe through substantial research and development work, and the fruit of this labour sings sensory qualities capable of conquering any palate.