With the increase in consumption of Iberian products in homes, many people have asked us about the best way to preserve the Señorío de Montanera acorn-fed 100% Iberian ham and shoulder ham. The preservation basically comes down to common sense. The first question that arises when we receive an acorn-fed 100% Iberian ham or shoulder is what to do with it. It usually comes in a box, pouch, or wrapped in paper. In principle, if we’re going to open it quite soon, we can leave it in its original packaging. The ham won’t suffer at all. How long is “quite soon” in terms of leaving it in its original packaging? I believe that keeping it up to fifteen days in its original packaging will not affect the quality, as long as it is not subjected to extreme conditions which I will detail below. If we’re thinking about starting it after more than fifteen days, then it’s best to hang it in a pantry by the rope attached to the hoof when you take it out of the wrapping (box, pouch or paper). There’s no need to remove the bands or official black plastic seals (Señorío de Montanera products carry these to ensure traceability, as black is the only colour that identifies the pure Iberian breed and acorn feeding). 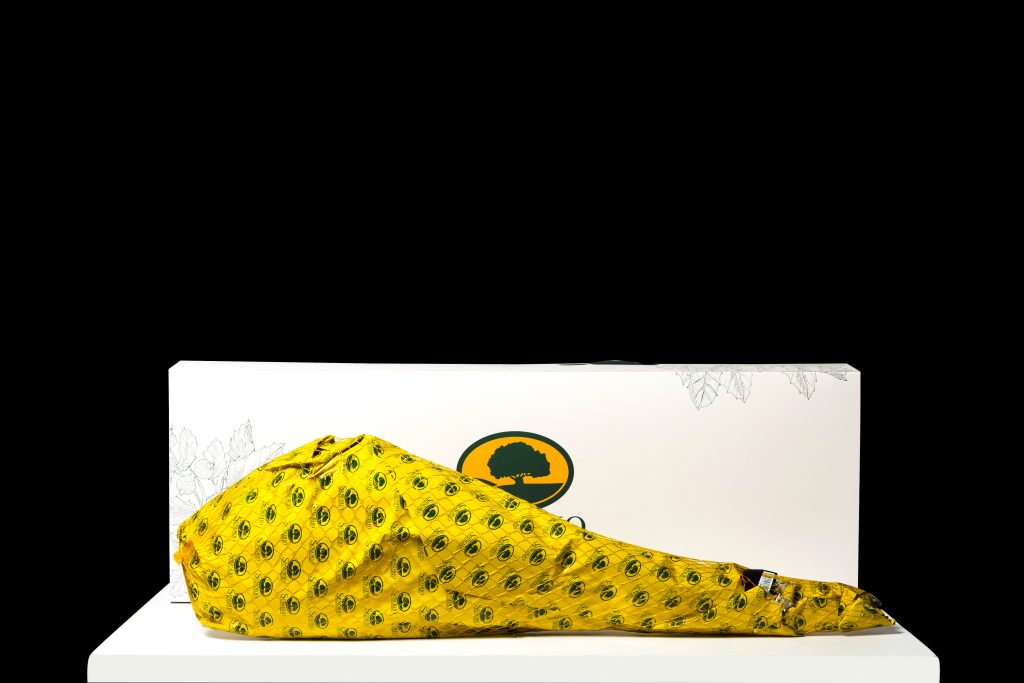 ¿What conditions should yhe storeroom have??

A temperature that does not exceed 20-22ºC, with some degree of ventilation and low humidity. If the storeroom is humid, then a little superficial mould could develop, which can be removed easily with a damp cloth. The appearance of this superficial mould is not a problem, and can indicate that the ham is not overly cured, which in principle is a good thing. Most pantries (or storerooms) in homes and restaurants are suitable conditions, except in certain coastal locations during the summer, or spaces near heating systems or containing a lot of electrical equipment (which generate heat).

Once opened, we must ensure that the cutting area is protected so that the ham does not oxidise (the fat turns yellowish and the meat a dull red colour) or dry out because of the air “striking” its surface. The ham must be protected in this way whenever the time between each cut exceeds 3-4 hours. For this reason, it is best that the ham is not subject to direct light or air, or high temperatures (over 25 ºC). Therefore, it is quite common to cover the ham with some fat, cling film or a cloth. Some of these «solutions» are unattractive, especially when the ham is on its ham-holder on the bar (or table) of a restaurant or in a home kitchen. For this reason, at Señorío de Montanera, we have designed a ham cover made of cloth, which helps preserve the ham, allowing it to breathe and undoubtedly presenting it in a more attractive way to everyone.

One last comment about preserving the ham (or shoulder ham); once opened, if you leave it a week without cutting, the ham could dry out despite the precautionary measures indicated above, or in damp conditions some mould could appear on the cutting area. But there’s no need to worry! This is normal; simply remove the affected slice (1-2 mm thick) with the knife to continue enjoying the rest of the ham – an exceptional, rare, unique delicacy!